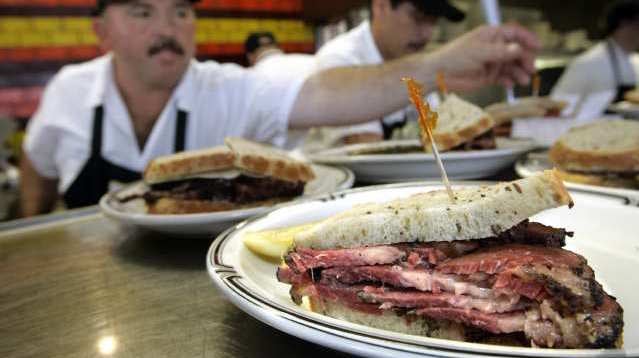 The Soul of Judaism: Jews of African Descent in America

From Desert to Oasis: What Israel Teaches the World About Water Renewal

Part of the Jewry and Innovation Initiative

A Very Jewish Christmas: The Holiday Music of American Jews

Making Peace With the Universe: Four Cases of Spiritual Therapy

Screening and Discussion of Adio Kerida: A Documentary about Cuban Jewry

Professor Michael Alexander
Maimonides Chair of Jewish Studies, UCR
Co-Sponsored with the Center for Ideas and Society as part of the Advancing Intercultural Studies Seminar
May 12, 2018, 3:00pm-5;30, Culver Center

Iran and Israel: From Intimate Alliance to Fierce Animosity

The Jewish Media Conspiracy: From the Old Yiddish Forverts to the World of Podcasts

Professor Mark Oppenheimer
Author of Thirteen and a Day: The Bar and Bat Mitzvah Across America and Weisenheimer: A Childhood Subject to Debate
Yale University, Department of English
February 11, 2018 at 4:00pm, Temple Isaiah of Palm Springs

Quantum: A New 21st Century Technology That Will Change the Way We Do Things

Professor Ron Folman
Departments of Physics and Nanotechnology, Ben Gurion University of the Negev
Director of the Atom Chip Lab
September 18, 2016 at 4:00pm, Temple Isaiah of Palm Springs
Part of the Jewry and Innovation Initiative

Professor Ted Merwin
Author of Pastrami on Rye
Professor of Judaic Studies and director of the Milton B Asbell Center for Jewish Life, Dickinson College
November 6, 2016 at 4:00pm, Temple Isaiah of Palm Springs

Movement, Memory, and the Stateless: Dance Film Klasse and the Performance of Two Exiles

Off the Record: Israel/Palestine and Queer Jewish Politics, Values, and Activism

S. J. Crasnow
Author of “From the Gay Synagogue to the Queer Shtetl: Assimilation, Resistance, and Utopian Imagining in the Lived Religion of LGBTQ Jews”
Phd Candidate, UCR
January 12, 2017 at 11:10am, UCR Riverside INTN 2043

Are We Safe? Examining the State of Safety and Security in the American Jewish Community

With the Jewish Federation of the Desert
January 25, 2017 at 4:00pm at the UCR Palm Desert Campus Auditorium .

Conversation on the Immigration Ban

The Indonesian Way: Islam and Democracy